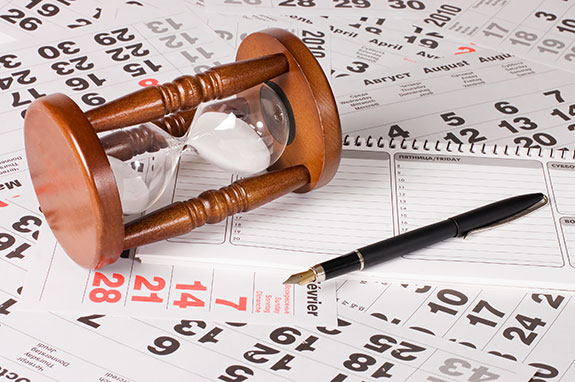 Defeating A New York Foreclosure Case Past The Statute of Limitations. Recent Court Cases Show That You May Be Able To Defeat a Foreclosure Case If Your Complaint Was Filed More Than Six Years After Your Loan Balance Was Accelerated.

Since the financial crisis in 2008, reports of foreclosures on residential properties have become commonplace. This article will discuss what happens when the statute of limitations comes into play in a residential mortgage foreclosure action.

A Mortgage Statute of Limitations

By way of background, a statute of limitations is simply a legislatively determined time period in which a particular type of action must be commenced. A mortgage, being nothing more than a contract, is subject to a six year statute of limitations in New York State. In other words, if a creditor wants to foreclose on mortgaged property, it must file a lawsuit within six years of the acceleration of the mortgage debt. Most accelerations occur when the creditor files a summons and complaint demanding payment of the entire amount due. The second most common way that a mortgage debt can be accelerated is when the contract allows the creditor to do so by providing notice of intent to accelerate after a default has occurred.

Bearing that background in mind, New York State also has a statute addressing what happens when a creditor’s mortgage foreclosure action is barred by the statute of limitations. The Real Property Law provides that:

(i) where the period allowed by the applicable statute of limitations for the commencement of an action to foreclose a mortgage has expired,
(ii) any person having an interest in the property may file an action against any other person,
(iii) to secure the cancellation and discharge of such a mortgage.

Interestingly, the statute also explicitly states that “it shall be immaterial whether the debt upon which the mortgage or lien was based has, or has not, been paid”. You heard correctly, a debtor could have not made a single payment on the mortgage and the statute of limitations can still bar the creditor from foreclosing and repossessing the mortgaged property.

So having laid-out the basic mechanics of how the statute of limitations relates to mortgages and what remedies are available to a debtor after a foreclosure action has been barred by the statute, we will turn to a case study to see how all of this works in the real world.

One case of recent vintage comes to us from Kings County Supreme Court. Equity Recovery Corp. v. 1174 Mazel LLC was an action brought by the plaintiff pursuant to R.P.A.P.L. § 1501 (4) for cancellation and discharge of a mortgage held by the defendant on a property owned by the plaintiff based upon the expiration of the six year statute of limitations.

The mortgage was executed in 2005 and the original principle debt was $800,000 which was payable in monthly installments until October 2006 when the entire unpaid balance became due. The plaintiff filed the action after October 2012 and argued that the statute of limitations expired on October 1, 2012 which was six years after the debt had been accelerated according to the terms of the mortgage itself. The plaintiff further contended that since the creditor had not commenced a foreclosure action prior to October 1, 2012, that action was now precluded based on the statute of limitations.

As a matter of practice, a creditor who is remotely competent and actively involved in its investments will never allow the mortgage foreclosure statute of limitations to become an issue. However, and as shown above, should the creditor allow the statute to lapse, the debtor will then be in a unique position to take the property free and clear notwithstanding how unfair that result may seem.

Brief Overview of TIRSA Homeowners and real estate investors should be familiar with the Title Insurance Rate Service Association, or ...
Read More →

It doesn’t matter if you are purchasing a home or refinancing your existing mortgage; closing costs are a part of ...
Read More →