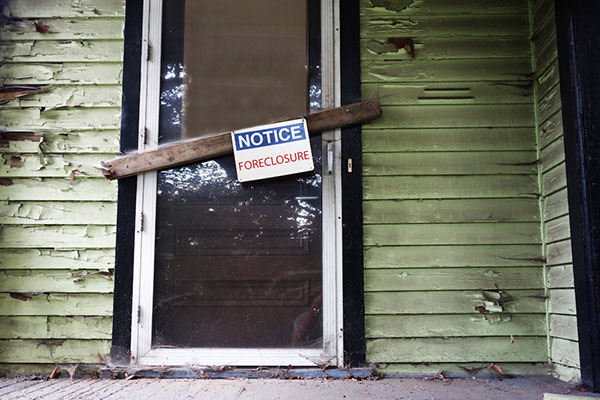 A recent federal district court lawsuit filed by nonprofit housing advocacy groups alleges that government-sponsored Fannie Mae (The Federal National Mortgage Association) allowed more houses in non-white neighborhoods to deteriorate. These groups, which were led by the National Fair Housing Alliance, studied 2,300 foreclosed homes around the country based on parameters similar to those employed by Fannie Mae. Broken gutters to missing mailboxes, unmowed lawns, broken windows, damaged fences, rotten wood and peeling paint – these were all distinctive problems found in foreclosed homes in minority neighborhoods as contrasted to those in middle-class White neighborhoods that were tended to and ready for sale. For instance, the advocacy workers found that foreclosed homes in predominantly minority neighborhoods were six times more likely to have holes in their walls. The lawsuit also alleges that these homes were allowed to fall into disrepair well after the 2007 housing crisis brought on by the predatory lending that caused many families to lose their homes.

A Sluggish Road to Recovery for Minority Neighborhoods

The resultant depressed value of adjacent property and its adverse impact on the local housing mean that the burden of these blindsided properties falls squarely on the shoulders of the existing residents in these minority neighborhoods. The slower rate of recovery of the housing market is making it much harder for these residents to build equity.

The lawsuit was filed post a yearlong investigation by the advocacy groups, during which they examined properties in 38 metropolitan areas. In addition to signs of decay and neglect, the groups also checked for unsecured doors and ‘For Sale’ signs indicating that brokers were actively trying to sell these homes. The groups have submitted photographic evidence comprising nearly 50,000 images to substantiate their claims. The surveyed homes range from Midwestern bungalows to California McMansions. The group found that almost a third of foreclosed homes in minority neighborhoods had ten or more problems as opposed to seven percent of properties in White-majority areas. Minority neighborhoods also faced several issues in addition to those on the group’s checklist including unsecured doors, boarded-up windows and overgrown shrubbery. 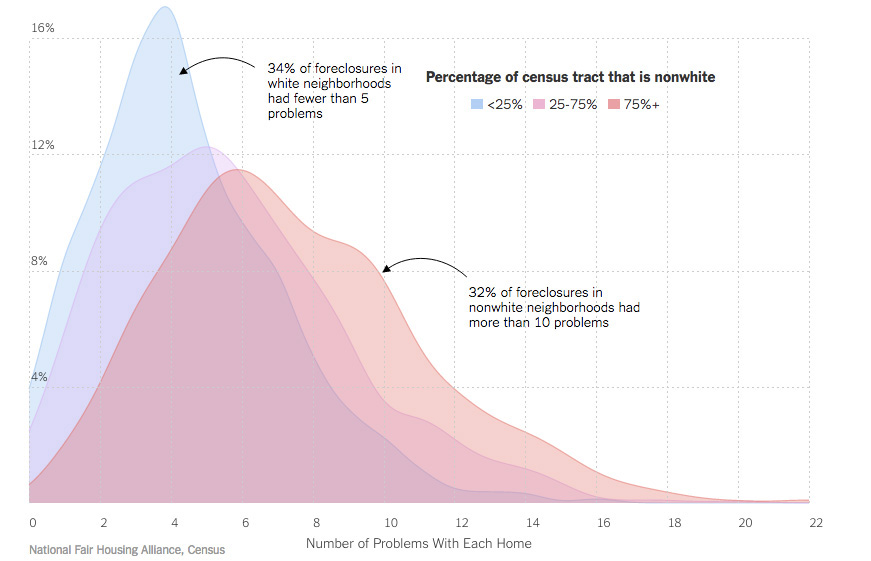 The View From The Other Side

Fannie Mae has refuted these allegations, emphasizing that its maintenance standards ensure that all properties are tended to and treated equally, and routes this maintenance work through local maintenance contractors. In their statement, Fannie Mae has claimed that its recent nation-wide policy requires contractors to use a glass-like material for broken doors and windows, thereby minimizing the most prominent sign of decay. It also said that every property under its purview receives the same level of maintenance, regardless of the condition in which the property is received.

The results of the investigation carried out by the participating groups indicate that the variances in maintenance are not rooted in the performance of individual contractors but rather the institution of Fannie Mae as a whole. The lawsuit points to a regression analysis that indicates that only a third of the disparities between the maintenance provided to foreclosed homes in minority and White neighborhoods can be attributed to other potentially influencing factors, such as differences in local crime levels, property values, sales dates and other non-racial factors. The only consistent metric, however, is race.

For more information about the lawsuit over neglected foreclosures >

2015 Foreclosure Judgments Increase to Highest Since 2008 New foreclosure actions are still be filed at a significant rate in ...
Read More → 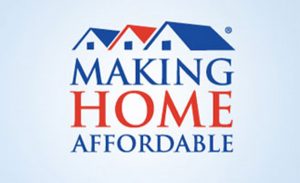 The End of HAMP What does the end of the Home Affordable Modification Program (HAMP) mean for Loan Modifications? The ...
Read More →